The Athletes Roll team took an early flight down to Orlando on Thursday and arrived at the 2017 FIPFA World Cup full of excitement! After an opening game between USA and Denmark last night, all of the teams were ready to get started and contend for the Cup!

It has been an awesome event so far with every game showing us something new. Just as we saw in the US national tournaments there are a lot of blowouts in the early stages as some teams adjust to tournament and others wait until the later stages to kick it into gear. 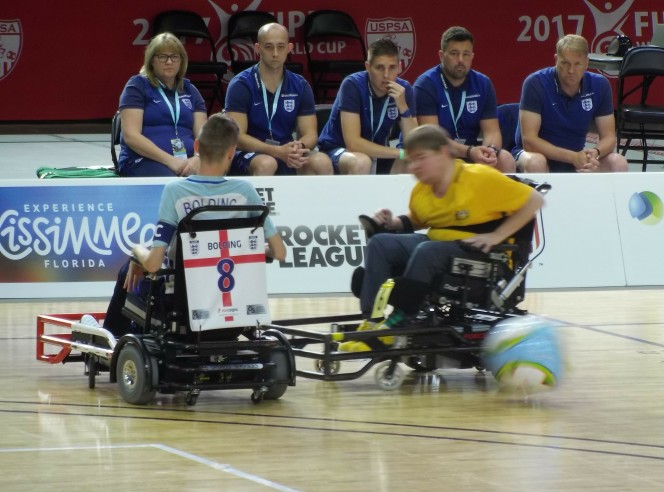 Looking forward, the US team is shooting for their fourth win against Argentina to sweep Pool A at 9:30 am ET. Argentina has played some close games against Japan and Uruguay so it will be interesting to see if they can contend with the US squad. Unfortunately at the same time on the other court is possibly the biggest game of the group stages between France and England. They are both 2-0 and have been looking very sharp in their matches so far. Also France wins the award for coolest guard paint…

The top four teams in each pool will advance to the quarterfinals so Ireland and Canada’s match will also be key to deciding their future in the tournament.

Anyways make sure to tune in today at livestream.com/powersoccershop or at Osceola Heritage Park to catch the action (and stop by the Athletes Roll booth!!)!!